PhD Student at The University of Chicago in Chicago, IL 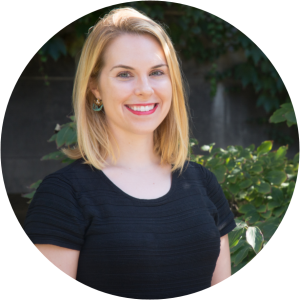 I am a third-year PhD Student in the Department of Near Eastern Languages and Civilizations at the University of Chicago. Currently, I am studying for my comprehensive exams which test me on my specific field (Modern Middle Eastern History), my pedagogical philosophy for teaching Islamic History, and my ability to do research in foreign languages (Modern and Ottoman Turkish). After I successfully pass these exams, I will be proposing my dissertation. Tentatively titled “Womanhood Mediterranean Style: Feminist Engagement, Patriarchal Authoritarianism, and the Politics of Fiction in Italy and Turkey, 1919-1930,” I will be researching novels written by Turkish and Italian female authors who, I argue, used fiction as a means to critique highly charged gender rhetoric promulgated by the dictatorships in both countries. It will be a history using popular cultural materials but asks political questions about the nature of womanhood under Mussolini and Atatürk and will hopefully uncover women’s reception and responses to their policies and ideologies.

In addition to my research, I am the TA for Early Islamic History. Having and being a TA was one of the major differences between Chicago and Wake that I had to get used to, but I am having a great time working with the students. Many of them won’t go on to get PhDs in Islamic History, so a key part of my job is to make the material compelling and exciting. I have two discussion sections with undergrads, and it’s been my favorite part of my week this quarter. I’ve tried to model my own teaching on that of my mentors at Wake and at Chicago. I’ve stressed to my students that I want them to succeed and learn, and they’ve responded really positively.

List any additional work experiences you’ve had since graduating from Wake Forest, in addition to your current employment.

After graduation, I held a Fulbright English Teaching Assistantship in Turkey. I taught English in a small town called Uşak (three hours east of Izmir, 4-5 hours west of Ankara, 11 hours south of Istanbul). The teaching was challenging and I learned a lot about Turkish university culture. I had the opportunity to travel throughout Turkey to more than 12 different towns. It was a transformative year and ultimately, inspired me to pursue an MA in Middle Eastern Studies at the University of Chicago.

After I took my first history class at Wake (Dr. Simone Caron’s The Gilded Age to the Great Depression), I knew I wanted to become a history professor. As an undergrad, I thought I would focus on American history, but fortunately, the history department requires its students to take courses outside their geographic focus. This rule led me to taking classes with Dr. Charles Wilkins on the Islamic Empires and the Modern Middle East. It was only after these classes and my year living in Turkey that made me pursue Middle Eastern History.

Wake more than prepared me for graduate school. The history department has a strong emphasis on writing and I’m confident in my ability to write different papers (research, historiographic) because of my training at Wake. I also was very fortunate to have mentors who supported my work and let me take creative approaches to the historical questions that excited me. Additionally, I try to present my research to at least one conference a year. In her classes, Dr. Caron always had students give 10 minute presentations; as a freshman and even up to my senior year, I was always nervous speaking in front of people. I really valued these talks, because it helped me learn how to be effective and also how to communicate my material in an accessible way. I still sometimes get nervous, but I feel more confident and articulate as time goes on.

Describe an interesting project that you’ve worked on recently. What did it involve and what was the impact?

Last year, I wrote my second-year paper (essentially an MA thesis) about “My Self is Mine!”, a 1929 novel by Nezihe Muhiddin, a controversial feminist leader in Turkey. I argued that she wrote the novel in the form of an allegory to protest Kemalist policies towards women’s suffrage and equality within Republican Turkish society. My analysis focused on three key plot points that centered on Zeynep’s body; Muhiddin inscribed political meaning into her protagonist’s body and used these plot events to explore the political and social realities of Turkish women during the first years of the Early Republican Era.

The project involved reading the novel, which was challenging as modern Turkish has changed a lot since 1929! In order to translate things, I have to use an Ottoman dictionary to make sure I’m thinking about a word or verb in the right way. How a word might be used in 2016 can be completely different from how it was in the Early Turkish Republic. I’ve also engaged with other scholarship on Muhiddin’s life and work, but very few people research her novels.

I presented a version of this paper at the Middle East Studies Association conference in November of 2015. It was really helpful to present my early arguments and receive feedback before I got into the bulk of my writing. This paper will hopefully be a section of my dissertation, and I plan on sending it out for publication.

If you are considering applying to PhD programs, do your research and also consider taking time off. The best advice that I received my senior year was to take a gap year. PhDs are long, demanding, and draining both intellectually and emotionally. I love what I do and I am able to enjoy it because I took the time to have a break from classes and explore if getting a graduate degree was the decision. I would talk to the Wake Forest Scholars program; my Fulbright experience helped get me to where I am today.

Also, for current students, I cannot stress enough the importance of office hours. Go talk to your professors!

Being a graduate student is in some ways a continuation of being an undergrad (you’re still going to class and taking exams!), but it’s definitely different in terms of professionalism and teaching. Having just graded a round of essays and midterms, I’m sometimes surprised by how long it takes to grade. I have greater respect and appreciation for my Wake professors who were always quick with turning back papers! Also, teaching is hard. Some weeks in discussions students will talk constantly and want to participate; other weeks, the class can be silent. Getting up and lecturing for an hour takes a lot more time and preparation than I ever expected. My professors at Wake made it look easy, and I admire their dedication and enthusiasm for their research and fields.

Have you been mentored by anyone in your professional field since entering the workforce? If so, what impact has that had on you?

I applied to the University of Chicago to work with Dr. Holly Shissler. She is one of the few professors in the United States who works on the Early Turkish Republic and even more specifically gender. I’ve been working with her since the first year of my MA program, and now four years later, I am still so glad that I made the decision to attend Chicago. She is a phenomenal teacher, and I always learn something from her, whether it’s in a seminar class or during a two-hour long talk in her office. She champions my work and most of all, has made it very clear that she believes that I will succeed.

I also have stayed in contact with mentors from Wake Forest whose guidance and support I value. When I was a high school senior, I picked Wake Forest because I knew I would receive a great education. I did not know that I was also picking a support system that extends beyond my four years on campus.