Making Friends + Connections in Your First Year After College

By Katherine Laws (’20), Presidential Fellow in the Office of Personal & Career Development at Wake Forest University

Alright… here we are: we’ve graduated from college. We feel like freshmen again, but unfortunately there’s no activities fair we can peruse, no upperclassmen who want to befriend us, there’s not 1500 other people who are equally lonely and in need of friendship. Are you asking yourself, “how do I make friends in this weird, new stage of life?” Whether it’s personal community, colleague relationships, or career networking, relationship-building can be a challenge—not to mention the added challenge of the pandemic.

Here’s the good news: you are not alone. To prove it to you, I asked a few other recent graduates, Yassmin, Mark, and Ashley about their experiences this year when it comes to building relationships. We can’t promise answers, but we can promise camaraderie and some helpful tips we’ve learned along the way as we’re figuring this out, together. 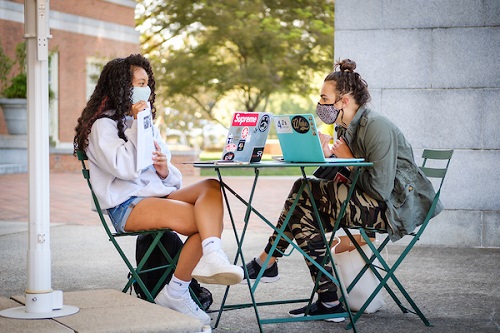 First, let’s talk about friendships and community outside of work. Whether you’re moving to an unfamiliar city or living somewhere that already feels like home, building a social network as a post graduate can be intimidating. Here’s a few tidbits of advice we’ve learned the hard way:

Now, what about building relationships within the workplace? It’s common for there to be an age gap between you and your coworkers, for you to be unfamiliar with the office culture, and for you to desire to impress your more-experienced colleagues. But, working relationships can be really great. Here’s what we’ve learned:

Networking may be an important part of your year. Networking looks different for everyone, but it can be helpful to learn more about careers or companies you’re interested in, get some wisdom from more experienced people on how you might succeed in a line of work, and build genuine relationships with people who share common career interests. This year, remember: