The New Manager’s Toolkit: Taking Responsibility When You Lack Authority 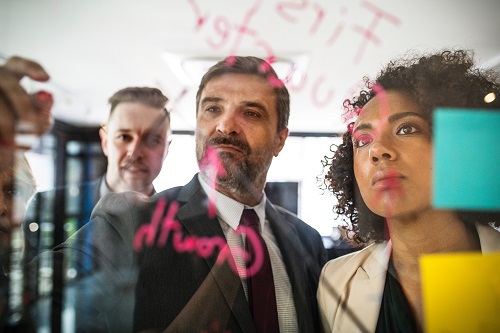 Photo by rawpixel on Unsplash

You know that slogan that you will find on Washington, DC license plates, “Taxation without Representation”? That could easily be the slogan for the new manager. Or, to put it another way, “Responsibility without Authority.” It’s often easy to feel caught between two extremes in these roles: motivate people to do great work and exceed expectations while carrying out the marching orders of those above you. There’s a reason they call it “middle management” after all. You are quite literally being squeezed in the middle, in often uncomfortable ways. It’s a particularly challenging position to be in when you don’t agree with the positions or the strategies that upper management is using, or, worse, when you don’t understand what they are. The reality is, with rare exceptions, you’re not going to fix poor management above you. But that doesn’t mean that you in turn have to be a poor manager, as well. Your people are counting on you to be better than that.

So how do you take responsibility for the delivery and execution of other people’s work, when you lack authority to tell them what to do or how to do it? Well, first of all, you don’t. Instead, think about the following strategies to incorporate into your new manager’s toolkit:

Stop trying to tell people how to do their jobs. As a new manager, it can be easy to get caught up in the idea that there is a right way and a wrong way to do work, and that your success (or failure) as a manager depends upon getting everyone doing things the right way. That’s called being a micromanager, and there’s almost no better way to kill morale and productivity. Instead, be an over-communicator about goals, success metrics, expectations, and core values. You are managing adults, not toddlers. Treat them as such and trust that they know how to do work.

Get clear on what matters. If you don’t understand what your manager expects out of you, then have that conversation. Seek clarity on goals and expectations, so that you can share that with your team. They don’t have the access that you have, and therefore they rely on you to deliver clarity around expectations and strategies, and to do so with confidence that you understand the direction. Understanding doesn’t mean agreement. Understanding means that you are clear on the why behind the work, and you are able to share that with others.

Be supportive, not a sycophant. I once worked with a manager who spent all of her team meetings bad-mouthing her manager, in an attempt to show solidarity and that she was still “one of them.” The result? Her team spent all of their time gossiping about her. Here’s the thing: once you move into management, you are no longer “one of them.” You have become the other, and the sooner you accept that, the better. Your role is to support the hierarchy, not throw it under the bus. That doesn’t mean becoming a sycophant! Everyone can see straight through that. But choose your words wisely, as people are paying attention more than you may think they are.

Be a developer. The best managers and leaders focus on the individuals who are on their team. I once spent the better part of two years managing a team as a sort of stop-gap measure. While I was happy to fill in, in this way, I always felt pretty out of my depths and like I wasn’t doing the job well. Several years down the road, one of those team members told me, “You were the best manager we ever had. You really cared about us.” Now, while I don’t necessarily agree with the first part of that statement, I think it’s pretty telling that this person didn’t say, “You really got us to hit our goals.” Or, “You really made us super productive.” It was, “You really cared about us.” The people on your team are people. Care about them as people, get to know them as individuals, help them think about their strengths and how to connect those to their work. Respect them, and they will respect you.

Own the work. Finally, the unfortunate news is, the buck stops with you. You do have responsibility for the work of your team, the good and the bad. You aren’t allowed to say, “Hey, Bob screwed that up, not me, not my fault.” Whatever happens on your watch is your fault, and it’s your responsibility. If Bob isn’t pulling his weight, it’s your job to step in and either give him a reason to, or figure out another solution. No one above you is going to care how the work got done, they just care that it did. You’re the boss, now. It’s time to step up and own that.